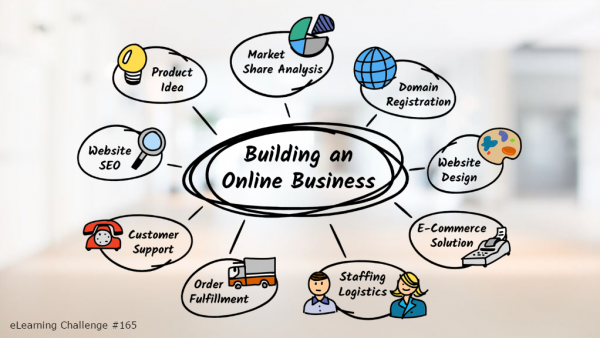 This week’s eLearning challenge used a technique that I hadn’t used in the past- converting fonts (specifically icon fonts) to vector images. Once the font icons have been converted to editable graphics, you can customize them by tweaking the shapes, combining them together, or changing colors. For my entry, I chose this free font I found called PeaxDrawnIcons, which have a hand-drawn look.

To create the graphics, I followed the procedure shown in Tom Kullman’s video here.

Most of the icons were pretty easy to convert over. There were a couple (the man and woman), that needed to have some shapes added in order to color them correctly. For that, I added ovals and then edited the shapes’ points to make it match exactly.

Since a lot of the icons had a money/shopping theme, I chose to make my interaction about building an online business. To compliment the hand-drawn look of the icons, I found some scribbled circle vectors and another font called Kalam. 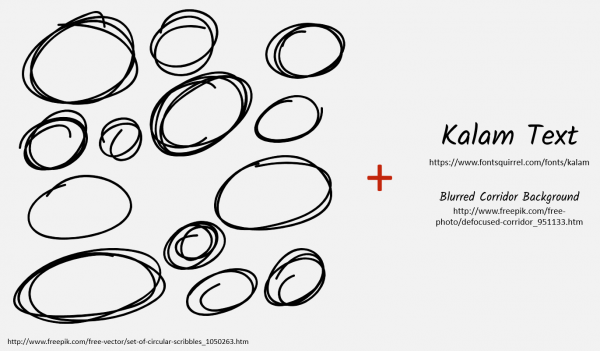