As Leonard Nimoy said, "The miracle is this: The more we share the more we have." Enjoy these PowerPoint and eLearning freebies! Use the filters below to narrow down by tool if you're looking for something in particular. 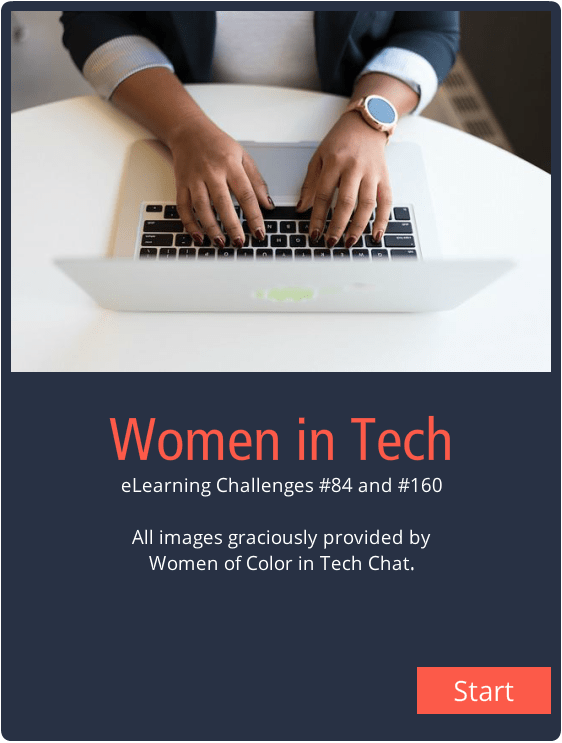 This interaction developed in Articulate Storyline 2 showcases a number of images, along with their corresponding content. Users navigate through the content using a horizontal filmstrip in the vertically oriented project. 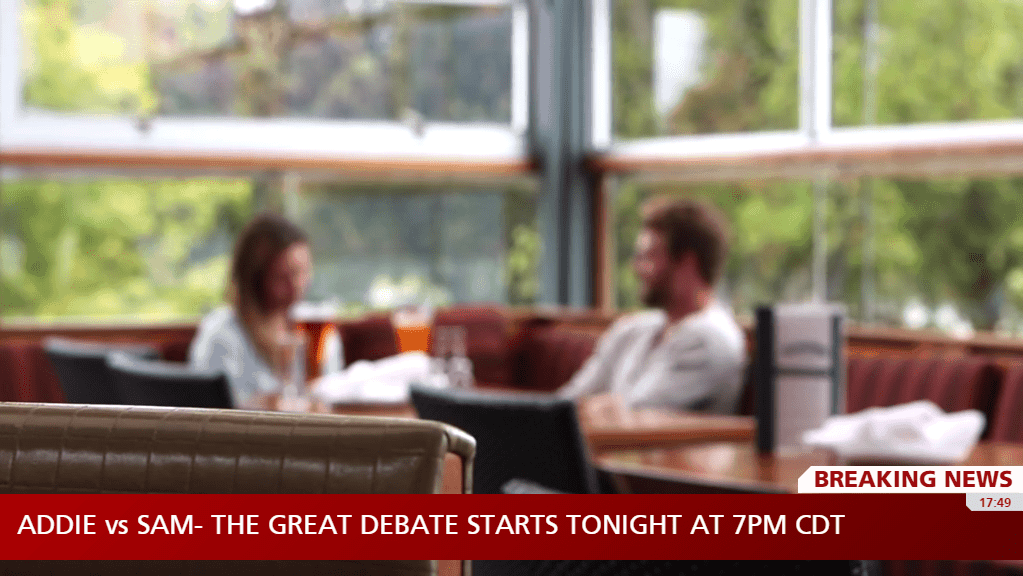 Want to grab a learner's attention? Use this Storyline 360 interaction to display information in a "Breaking News" format. 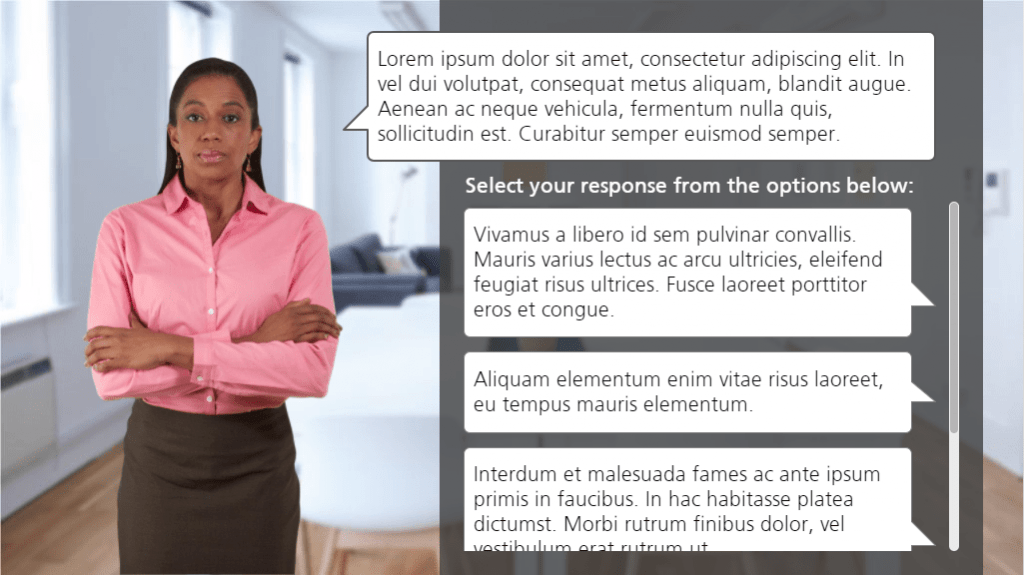 Creating an interaction that has lengthy dialogue? Use this Storyline 360 interaction to give the learner a number of longer responses in a conversation scenario. 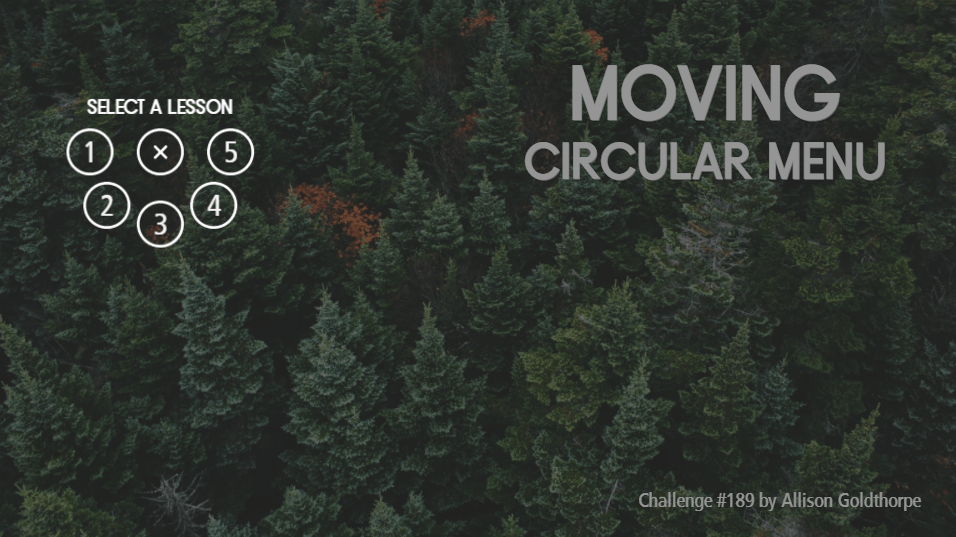 This animated circular navigation menu saves space in your eLearning course by expanding away from the corner that it resides in. It was built in Storyline 360. 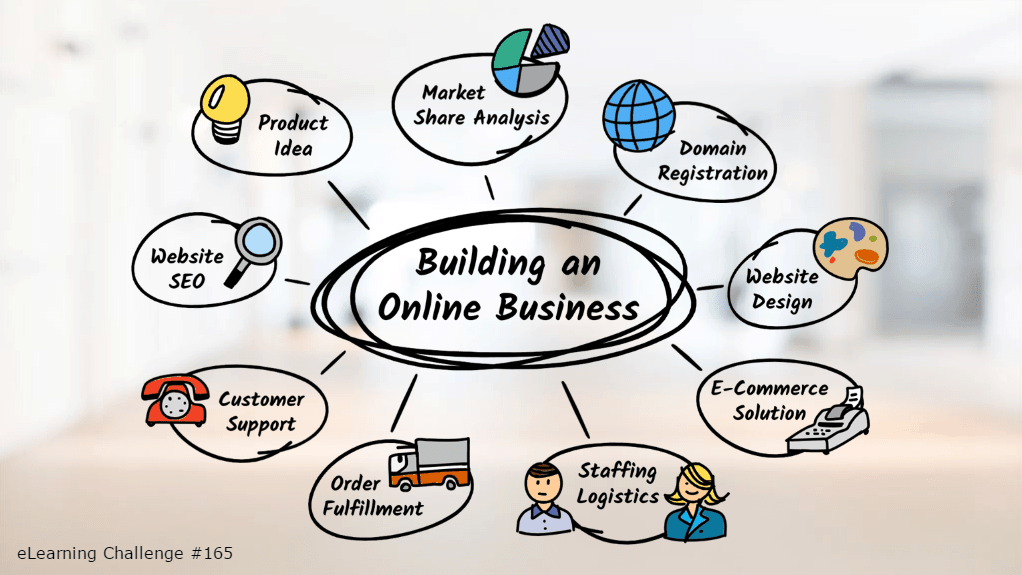 This interaction features a number of graphics customized from a font. The graphics are available for download in a PowerPoint file, as well as the Storyline 360 interaction. 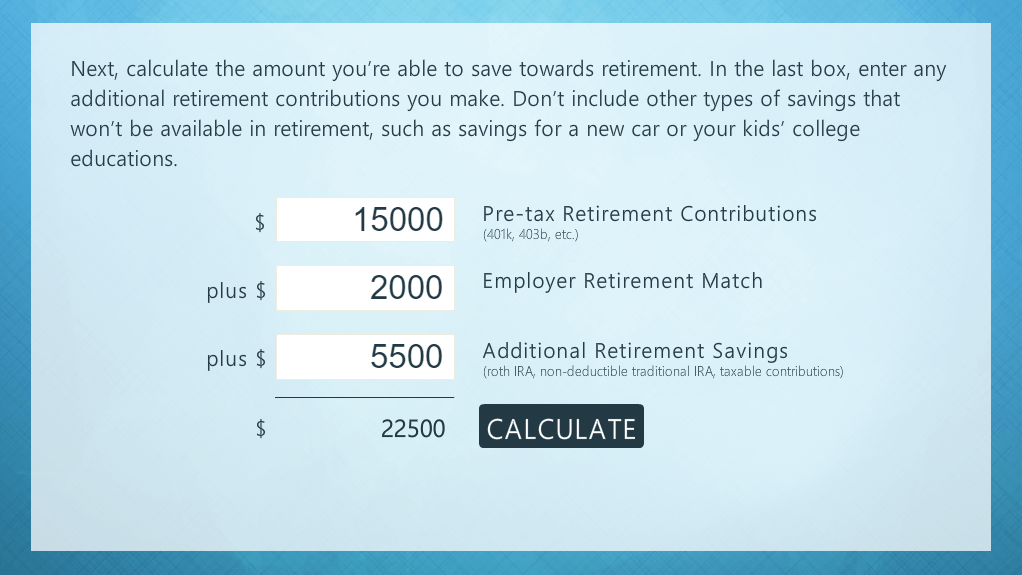 This financial calculator interaction teaches the learners the core principles of retirement and assesses where they're currently at in their savings rate. The calculator was built in Storyline 2 using multiple variables to track the user-entered amounts. 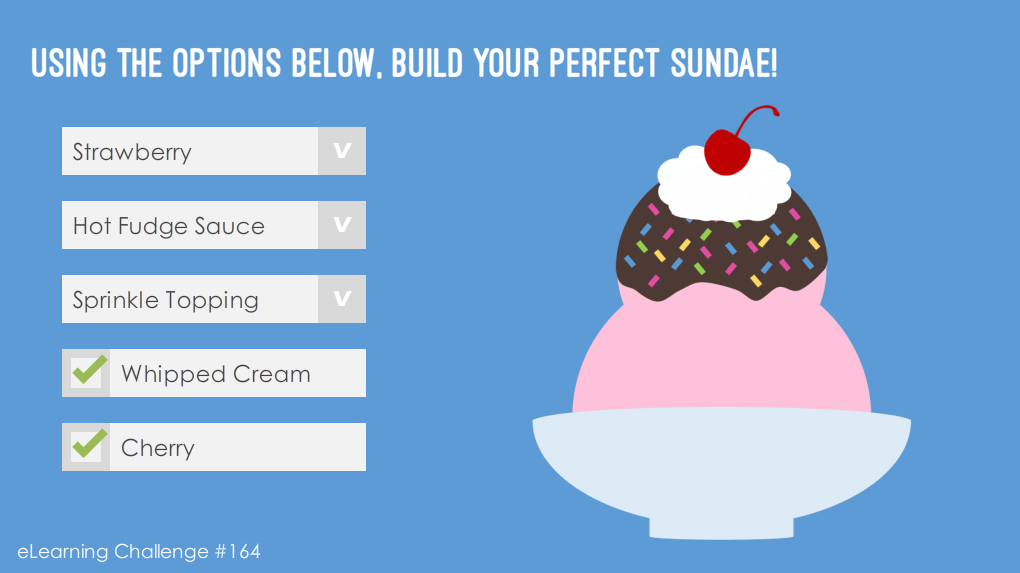 This Storyline 2 interaction uses drop-down menus and states to control the appearance of an object. This technique can be used to build a custom avatar for learners. The graphics were mocked up in PowerPoint before being imported to Storyline. 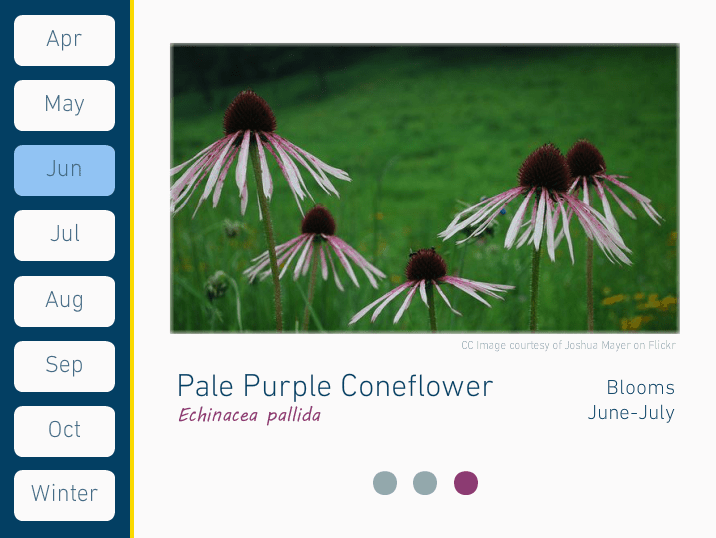 This interaction has a number of tabs to display content, and pictures with different states within each tab. It's a great way to store a lot of information. 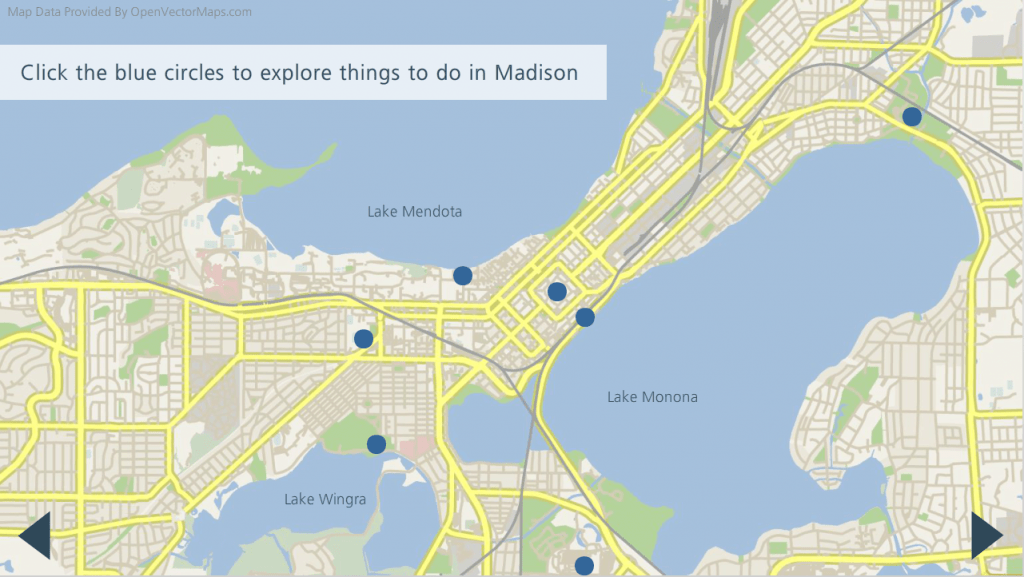 This Storyline 2 click-and-reveal interaction features a map and zoom regions to display location-relevant content to the learner. 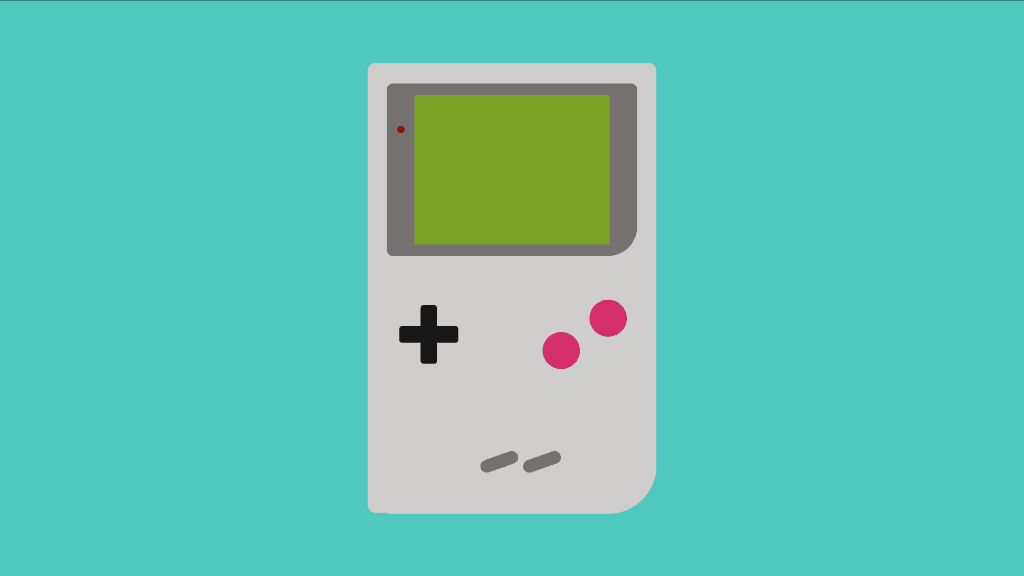 This collection of devices was built in PowerPoint.