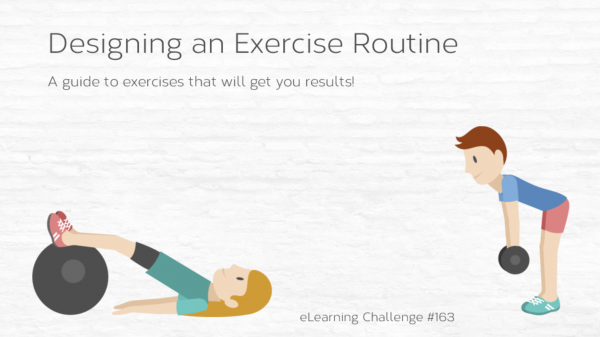 Challenge #163 calls for the use of animated characters in eLearning. I went back and forth about the character I was going to use and finally decided on characters that animated the movements of physical exercises.

Most of the work for this challenge happened outside of Storyline. I started with some vector images of people exercising. In Illustrator, I ungrouped the image, made copies, and then rotated limbs around to show movement. Once I had the full range of motion represented, I exported the .pngs. 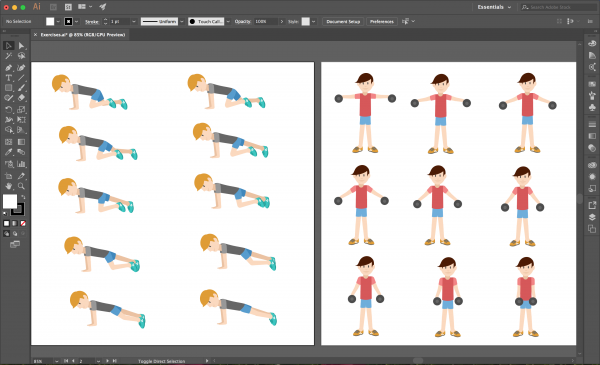 I imported the sets of images into Photoshop to create .gifs, as described by David Charney from eLearning Locker in this video. Since I only had a few images per person, it was pretty easy to figure out the timing of the .gif and what would look most realistic. To finish, I chose to make the .gifs loop forever. 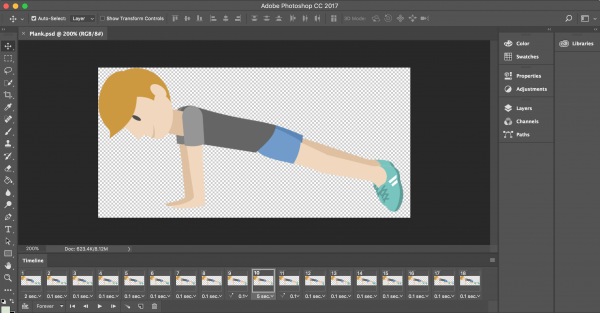 Once I had the finished .gifs, the build in Storyline was very simple. I inserted the .gifs and didn’t have to worry about any animations or motion paths for the characters. 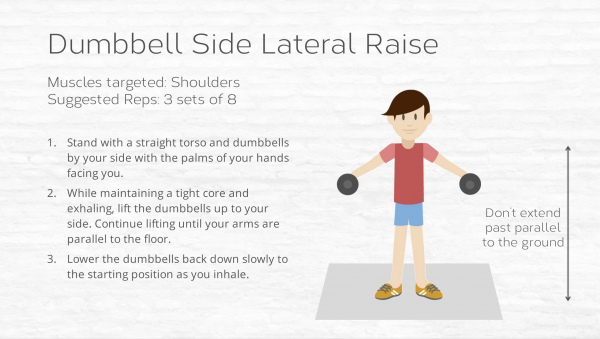